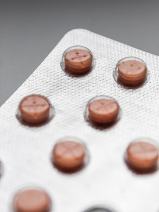 According to Medlineplus.org, “Amantadine is used to treat the symptoms of Parkinson’s disease (PD; a disorder of the nervous system that causes difficulties with movement, muscle control, and balance) and other similar conditions.”  Currently, amantadine is used to treat brain severe traumatic brain injury cases, most notably in early recovery stages of recovery.  However, lately, clinical trials have been  conducted, charting the link of traumatic brain injury recovery and Amantadine, two years post the date of trauma. 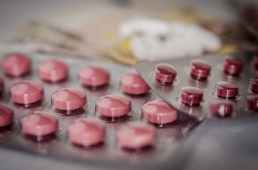 According to NCBI.gov, “The purpose of this literature review was to determine whether Amantadine improves cognitive function post-TBI…”  Research behind the correlation of TBI recovery has been conducted for decades.  Amantdine has been concluded to improve cognition, memory. and reduce aggression.  NCBI. continues to say, “Research on treatment of cognitive dysfunction in TBI, the literature from 2004 to present generally concluded that amantadine improved cognitive function.. .” Cognitive dysfunction and mental fatigue is a common side effect of TBI.  Additionally, brain fog is another side effect of TBI and in some cases, Amantadine alleviated these symptoms.  Furthermore, relating to Amantadine, NCBI stated, “Related to arousal, memory, and aggression. It can be started days to months post-injury and still produces benefits.”  Traditionally, Amantadine is used for patients during the early stages of traumatic brain injury however, individual experiences  have demonstrated that Amantadine may harness the potential to improve conditions of traumatic brain injury beyond the scope of this medication’s traditional use.

Amantadine for Fatigue and Brain Fog

Keesh, a patient prescribed Amantadine said, “I take 1 pill in the morning and I’ve notice that when I take the medicine I don’t feel as tired and cloudy throughout the day. But if I don’t take the medicine for more than 3 days, the fatigue and lack of focus comes back. I’ve had no side effects.”  Many patients taking Amantadine has reported lifted brain fog and reduced fatigue.  An additional side-effect of this medication, from a number of patients  is both a mind-body coordination and connection.  With that said, Amantadine has been a life saver to many individuals as it  kept them working and enjoying a normal life.

Kayci Burgman. “My doctor told me that Amantadine was a low risk medication with potentially high rewards in my recovery.  My focus improved, my head is clear, and I make less mistakes with my motor function.”

Russell Hicks, “It saved me. I was immediately able to function again. I was able to remember so much more. I was able to think past black and white.”

You can read many more personal experiences of taking Amantadine here.