There are three types of omega-3 fatty acids: ALA, DHA, and EPA.

ALA (alpha-linolenic acid), found in flax seeds, walnuts, and chia seeds, cannot be synthesized in the body and therefore must be consumed in the diet.  DHA (docosahexaenoic acid) and EPA (eicosapentaenoic acid) are almost exclusively found in fish.

DHA and EPA have been shown to play a crucial role in brain development. They are involved in neurotransmitter synthesis and functioning. DHA is necessary for the functional maturation of the retina and visual cortex [1]. Infants of mothers who supplemented with DHA had higher mental processing scores, hand-eye coordination, and psychomotor development [2].

Omega-3 supplementation has been shown to improve cognitive functioning in the mature brain as well. Studies have correlated accelerated cognitive decline and mild cognitive impairment with low tissue levels of DHA and EPA [3]. Additionally, omega-3 consumption is associated with a decreased risk for dementia and Alzheimer’s disease [4].

Top 5 Reasons to use Omega-3’s for Brain Healing

DHA is required for the development of the sensory, perceptual, cognitive, and motor neural systems during fetal and childhood brain growth.  Specifically, DHA is vital for the neuronal formation of axons and dendritic extensions and for proper synaptic functioning. EPA’s importance for the brain’s development is unclear, but colostrum and breast milk do contain EPA. Omega-3 deficiencies during development have been linked to deficits in retinal structure, visual acuity development, and cognitive performance [3].

I was pleasantly surprised by this benefit. The mechanism by which it works is unknown, but several double-blind studies have shown decreased physical aggression and impulsivity after omega-3 supplementation. DHA in particular has been shown to help prevent aggression resulting from mental stress [3].

Affective disorders that respond to DHA/EPA include major depressive disorder, manic depression, schizophrenia, and borderline personality disorder.  EPA seems to provide the most benefit when it comes to decreasing depression and managing mood [3].

What is the Best Source of Omega-3s?

For ALA (alpha-linolenic acid) simply add a daily tablespoon of ground flax seed to your diet.

DHA (docosahexaenoic acid) and EPA (eicosapentaenoic acid) are almost exclusively found in fish. While DHA and EPA can be synthesized from ALA in the body, the conversion rate is very low – it’s thought to be around 1% of the total intake of ALA.

Seaweed and microalgae are the only plant sources of DHA and EPA. However, they are found in very low concentrations. While a healthy individual may get by on a plant based omega-3 supplement, it would be very difficult consume the high quantities recommended after a brain injury.

For high doses of EPA and DHA, go with a good quality, highly purified fish oil.

“There is a theoretical risk that high dose omega‐3s may cause bleeding or stroke. Biochemical pathways tell us this is a valid concern. However, not a single study in the scientific literature has shown this to be of any clinical significance.” [6]

I personally believe that the benefits of fish oil outweigh the risks. I would however recommend that you discuss it with your doctor before using high doses of fish oil, especially if you are on a prescription blood thinner. Do your own research first so that you are prepared to discuss the pros and cons with them (even doctors don’t know everything).

How much Fish Oil should You Take?

Currently there is not a set recommendation for daily intake of DHA/EPA for brain function. For healthy individuals, I have seen recommendations ranging from 0.5 grams up to 5 grams. In individuals with brain injury, most of the existing literature suggests much higher doses are needed. Here is the information that I have found relating to dosage:

Dr. Lewis suggests starting at an even higher dose and maintaining it for longer if the brain injury is severe.  If you explore his website a bit, you will find that he a lot of good information regarding fish oil and brain injury.

Dr. Sears doesn’t lay out an exact protocol, but he does recommend using 10 – 15 grams of EPA + DHA per day.

How soon should You see Results?

While I have read testimonies of people seeing almost immediate results, this seems to be the exception not the rule. You should begin to see results within 2 months, but it could take up to 3 months.

It took around 3 months for us to really start seeing improvements with my dad.

Which Supplement should You use?

Since you will be taking high doses, it is vital that you take a high quality supplement. 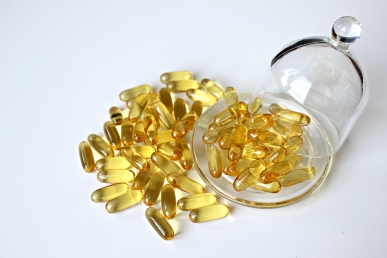 DHA helps improve brain development exponentially- DHA is one of the components that helps develop the sensory, motor neural, cognitive and perceptual systems in humans during fetal stages and childhood days of brain growth. Neuronal formation of dendritic extensions and axons is possible through the presence of DHA, and it is crucial for the proper functioning of your brain’s synapses. The role that EPA plays with brain development has not been researched into with great detail. However, both breast milk and colostrum contain EPA, thereby indicating that it is necessary for development in children. The lack of Omega 3 during childhood can result in deficiencies in retinal structure, development of visual acuity and performance of cognitive facilities.

Helps in improving cognitive performance- It has been scientifically concluded by researchers that EPA and DHA supplements are responsible for improved brain functioning, ranging from feelings of wellbeing and happiness, improvement in reactivity, cognitive performance, improved attention and improvement in overall mood. The risk of dementia and cognitive impairment is also shown to be decreased with the intake of Omega 3 supplements. 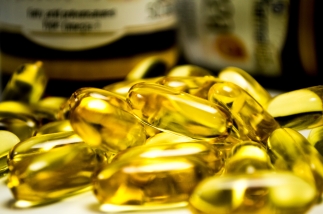 Omega 3 helps calm the mind and reduces aggression- A startling benefit that omega 3 provides, is the promotion of calmness and reduction in aggressive and impulsive states of mind. A number of double-blind studies have clearly illustrated that Omega 3 supplements, especially DHA can help reduce cases of aggression resulting from mental stress.

Helps reduce inflammation- EPA is responsible for aiding with reduction in cellular inflammation. This includes any kind of inflammation that might have happened to the brain. The major causes of inflammation in your body can be identified as Omega 6 fatty acids and arachidonic acid. With the increase in the consumption of Omega 3 supplements, the EPA present in these help block the production of the aforementioned two inflammatory components.

Helps with affective disorders- Numerous affective disorders have been seen to respond in a positive manner with the intake of EPA and DHA. These may range from manic depression, depressive disorder, BPD and schizophrenia. The role that EPA plays with reducing depression and alleviating mood has been found to be exponential.
Therefore, if you are looking for a way to decrease negative impacts of TBI; Omega-3 supplements are a great choice. They are found in large quantities in pure fish oil, and other food supplements like flax seeds, chia seeds, walnuts and avocados are also great sources of the same. However, choosing fish oil for your dose of Omega-3 is considered to be best owing to the volume in which this component is present in fish oil. However, it is recommended that you consult with your doctor before taking in fish oil in large quantities. 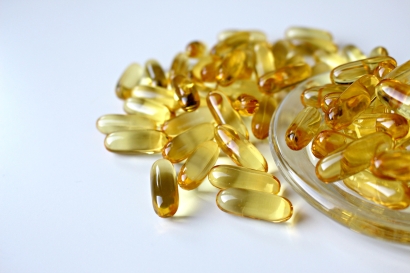 You can easily determine the omega-3 content yourself by adding the amounts of EPA and DHA per serving, which you can find under “supplement facts” on the back of the container. In the picture shown above, there is 1,250 mg of fish oil but only 750 mg of EPA and DHA per softgel. So you would need to take four softgels to get 3,000 mg (3 grams) omega-3s.

2. What is the Purity Level?

Mercury, PCBs, and other toxins present a risk for people who regularly consume fish and fish products. While the FDA has set tolerance levels for these toxins (2000 ppb for PCBs and 1000 ppb for mercury), most experts would agree that these levels are far beyond what is actually safe to consume on a daily basis [1].

Since it is difficult for your body to eliminate heavy metals and other toxins, they build up over time and can severely impact health. Mercury and PCBs have been shown to contribute to an increased risk for cancer and birth defects. And PCBs are a known neurotoxin.

With that being said, there is abundant evidence pointing to the necessity of omega-3s for optimum brain health [2],[3]. And in regards to the level of contaminates and toxins, it is usually safer to get your omega-3s from a supplement than from a serving of fish.

Despite what some manufactures may claim, it is actually impossible to remove 100% of the toxins from fish oil. Therefore, if a supplement claims to be free of PCBs or other toxins, I would be weary of it as this statement is not true.

Not all companies provide a third party certificate of analysis that lists contaminant concentrations, but considering the low standards these companies are held to, I would recommend only buying from those who do.

3. Is it third party tested?

At this time, the FDA does not regulate dietary supplements. Stating instead that it is the responsibility of the manufactures to make sure their product is safe and effective [4].

So can we trust manufactures to accurately report information about their product? As it turns out, not usually.  One study analyzing the EPA and DHA content of 47 commercial fish, krill, and algal oil supplements found that over 70% of them did not contain the stated amount of EPA or DHA [5]. On top of that, most companies don’t even release an analysis of the contaminates in their products. So, you have no way of knowing what you are putting into your body.

The International Fish Oil Standards (IFOS) Program  is the only testing and certification program for fish oil. It is a voluntary program so not all manufactures take part. The IFOS provides a breakdown of the EPA and DHA content as well as the level of PCB and heavy metal contamination for each batch tested.

Since third party testing is the only way to be sure of what you are buying, I would recommend only buying from manufacturers that are IFOS certified. 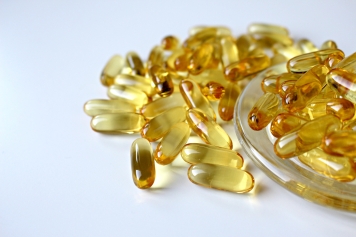