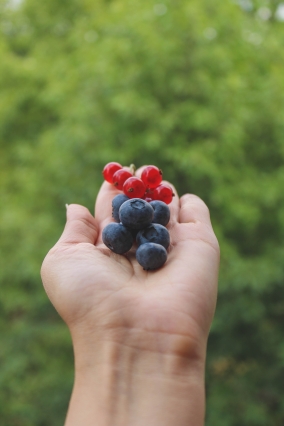 By definition, reactive oxygen species (ROS) are highly reactive chemical species containing oxygen. They are a formed under normal conditions in the body as byproducts of cellular respiration.  Additionally, ROS levels in the body are elevated in response to a number of environmental and pathological factors, to name a few:

ROS can damage cell structures and alter the function of DNA and protein. The damage caused by ROS is known as oxidative stress.

Oxidative Stress and the Brain

NCBI says, “…the brain [is] more vulnerable to the oxidative stress than other organs. Decrease of endogenous melatonin will result in the neurons being less resistance to the oxidative stress or brain inflammation.”  The brain may be particularly vulnerable to oxidative stress. While the brain metabolizes about one-fifth of the total oxygen used by the body, it contains relatively low levels of protective mechanisms [1].  Abundant evidence suggests that high levels of ROS are linked to neuronal death in various neurological disorders including brain injury, Alzheimer’s, Parkinson’s, depression, and autism [2].

What can you do to Lower ROS levels?

How to eat a diet rich in antioxidants? The antioxidant capacity of plant foods far surpasses that of animal products.

Spices, like turmeric, cinnamon, rosemary, and thyme, have some of the highest antioxidant contents of all foods.

In general, the more colorful the fruit or vegetable the more antioxidant power it has. Choose red cabbage over green cabbage, red onions over white onions, and sweet potatoes over white potatoes.

ORAC stands for Oxygen Radical Absorbance Capacity and is a unit of measurement for a food’s antioxidant content. The ORAC content of various foods is listed alphabetically here or in order of descending ORAC value here. The higher the ORAC value of a particular food, the higher its antioxidant power.

LiveScience.com says, “People who eat foods containing carotenoids get protective health benefits as well. … Carotenoids also act as antioxidants in the human body.”  Carotenoids, the compounds that give orange and yellow foods like carrots their color, are not just bright pigments that make the garden pretty. Carotenoids are antioxidants that play not only a vital role in combating heart disease and other forms of cancer, carotenoids play a powerful role in enhancing brain function. One study has shown that individuals with low levels of certain carotenoids performed poorly on tests such as memory, mental quickness, and recognition.  Recent Studies have shown that one carotenoid, lutein is important to not only Eye Health but for brain health as well.  Although lutein makes up only about 12% of the carotenoids people eat, it makes up about 60% of the carotenoids in the brain, meaning the brain specifically prefers it.  In fact, some researchers have linked lower levels of lutein in the brain with cognitive decline. Other researchers are studying the possibility that the consumption of carotenoids May prevent or delay Alzheimer’s as well.  While carotenoids are not proven to help improve TBI, carotenoids are proven to have positive benefits for for the brain.