For several years now, businesses have been and are continuing to develop their products and services around disabilities. Movies recently released feature main characters with disabilities and commercials with disabled individuals, for example.
With a significant amount of mass media putting disabilities in the forefront, they are helping to put people with disabilities into mainstream society, as well as putting a positive light on individuals with disabilities.   Chuck E. Cheese, for example, started “Sensitive Sundays.” This is where on the first Sunday of every month, they turn the lights down low, turn the music down or off completely, remove the stimulating attractions, and only let a limited number of people inside the facility to cater to those with sensory overload issues.  In addition to this, there are many other technological revolutions occurring right now that significantly help those who have a disability.

According to Medium.com, “Recent Google research found that over 50% of users keep their voice-activated speaker in their living  room, with a sizeable number also reporting that they have on in their bedroom or kitchen.”  Many TBI survivors require frequent doses of medication, muscle relaxers, anti-seizure, or blood thinners, for example, and  voice activated speakers, such as Amazon’s Alexa, is a wonderful way to stay on schedule with your medications and never have to think about it again.  Voice recognition is at the forefront of the inclusive technology revolution in the United States however, the tech giants are doing so much more than making sure that those of us with disabilities you get our medication on time.

There is no question that voice recognition technology is on the rise.  Apple introduced Siri in 2011, and since then, the world has seen an influx of hands-free, yet fully capable, technology platforms that simplify our day-to-day living.  An example is if you wanted to know the weather forecast for the day, you could simply ask Siri, hands-free. If you needed a hands-free way to type, you could use the Dragon speech recognition software. Or, if you wanted to listen to music without needing to physically get up and turn on the radio, you could notify Alexa to play your favorite radio station, genre, or keep you current on global events.  For many, TBI affects mobility and voice to text, voice activated speakers, and voice activated T.V. remotes are only a few of the many breakthroughs in the modern inclusive revolution.

So, what is the driving force behind all of these cutting edge and breakthrough advancements in the Tech world? For most, this hands-free convenience is a luxury, unless you have a disability, like me, and depend on it.   Big technology companies are taking note of the social need for inclusive technology and many businesses are playing the role of improving the quality of life for those with a traumatic brain injuries, and for many people with other disabilities, while shaping the future of inclusive technology.

Microsoft at the Forefront

Microsoft says, “Microsoft is working with organizations around the world to push the boundaries of what technology can do to empower people.” Big tech companies such as Microsoft, Apple, and Google are all doing their part in pushing the boundaries of technology to empower those with physical limitations. Microsoft, being the front runner of the movement, launched the “WE Are One” campaign, enabling educators to make their classroom technology accessible for everyone.
Teachers and professors are being trained by Microsoft staff to incorporate inclusive technology devices in their classrooms. For instance, due to a traumatic brain injury, you might not be capable of moving your arm. In this case, an adaptive technology class operated by someone trained by Microsoft would be suitable – where you could learn how to use computers, type, and use adaptive technology that would allow you to write again, so to speak. Furthermore, in these adaptive classes, you could learn how to use Dragon, Google speech to text, and even perhaps yoga courses that promote better mobility.
Microsoft continued to say, “We need to work together to empower people living with disabilities so that they can create, consume, and share content in their preferred way.” Microsoft is doing its part in changing the lives of many individuals with disabilities, and it does not stop there.

Stanford Magazine said, “In two years, there could be 10 million self-driving cars on the road.”  Whether people like it or not, technology is revolutionizing the automotive industry. Cars have been improved with the latest technology such as satellite radio, built-in GPS, and back up cameras. However, technology is driving consumers out of their driver’s seat, literally. Autonomous vehicles are here and are the way of the future, and soon, only one car will be needed per household. This one car will be able to drop off children at school, take you to work, go back to pick the children up from school, take them to soccer practice, before returning to pick you up from work.

Autonomous Vehicles Are a Driving Force For Independence

But what does this mean for people with disabilities and traumatic brain injuries? Gressen Hensley said, “I don’t feel safe enough to drive myself to the hospital, sometimes I need assistance. I feel very safe living alone, knowing that my self-driving Tesla can take me to the hospital when I need it.”   For those with disabilities, and can’t drive, autonomous vehicles are, indeed, the way of the future. It allows them to live daily life just as any other normal person would, thus shedding a more positive light onto them and helping to integrate them into mainstream society.

Can a Disabled Person Drive a Tesla? 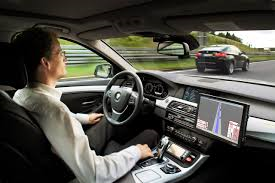 This autonomous vehicle revolution is giving many people with disabilities the independence they need and less reliance on other people, particularly for transportation. Stanford Magazine continues to say, “… self-driving cars could democratize transportation, making independent travel possible for many who lack it, including people who are blind, disabled, young, old, or poor.” In the past, it would be impossible for a blind person to drive to the hospital. However, now with the technology innovation in this generation, the blind have a chance to be self-reliant with their own means of transportation.  Additionally, Brett Williams said, “The Tesla Model 3 is already one of the biggest product launches of the year. At a base price of $35,000, it brings many of the same features from the company’s expensive luxury vehicles to a more affordable version.

For many people, Alexa, Siri, and autonomous vehicles are conveniences. However, for those with disabilities, these programs are lifesavers. The lives of many people depend on adaptive technology. Hands-free technology allows individuals with disabilities and traumatic brain injuries who cannot move their hands to get common jobs done where typing is essential. The technology in the automotive industry is making independent transportation for the disabled possible, and big tech companies, such as Microsoft, are advocating for this revolution for inclusive technology.

The Future of Adaptive Technology

What could be next for those with disabilities? Considering how far the world has come in such a short period, is a new advancement waiting around the corner that could potentially save even more lives of those with disabilities or a traumatic brain injury? If strategies continue the way they are with adaptive technology, who knows what is next. However, to continue the efforts, support for this particular research and development is absolutely crucial. While the next bright idea or invention may be a simple benefit to those without a disability, it could mean the difference between life or death for those with a medical condition that renders them immobile or otherwise. People who might initially assume life will never be the same as it used to be can now have a different perspective on life with all of the new technological breakthroughs and inventions, some of which are absolutely affordable.

To Sum it Up 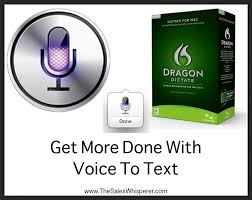 When it comes to these adaptive technologies, it needs to be known that these inventions aren’t created merely for those who wish to add more convenience to their life. It needs to be emphasized that they are more life-changing and impacting for those who desperately need these inventions to live life sufficiently. That is how the world will continue to grow and shape in a positive way for people with disabilities.